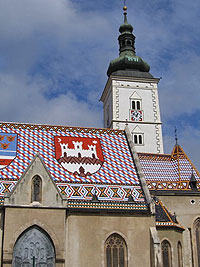 Traveling through Croatia, Dalmatia or Dubrovnik Region offers immense and rich experiences to every visitor. From the coastal to the continental parts, Croatia’s rich cultural heritage, combined with its magnificent natural beauties, make it the perfect place to spend your vacation at.

The capital of Croatia is Zagreb, a charming medieval city of exceptional beauty known for its spirit and architecture, with a population of approximately 1 million. The city with a tradition of almost one thousand years celebrated in 1994 its 900th birthday. Over the years, Zagreb has become the scientific, political and economic center of Croatia.

The uniqueness of Croatia lies in its diversity. Situated between the Alps and the Adriatic Sea, Croatia provides visitors with the opportunity to ski in the winter and swim during the summer months, all within driving distance. With its 1.185 islands, islets and reefs, it is the most diverse coast on the Mediterranean. 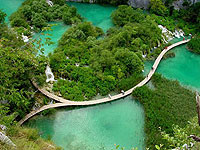 There are seven national parks in Croatia, three being in the mountainous regions (Risnjak, Paklenica and Plitvička Jezera), and four in the coastal regions (Kornati, Brijuni, Krka and Mljet).

To mention a few, Croatia is home to the Old City of Dubrovnik, Diocletians Palace in Split, Euphrasies Basilica in Poreč, the lakes Plitvička Jezera and many others. Croatia boasts the largest number of developed settlements in southeast Europe, in addition, many of which date back to Roman and medieval times. Rarely can you find so many examples of cultural and historical significance from different periods in such a small region. 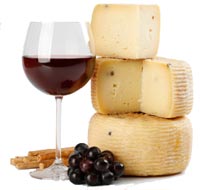 Croatian cuisine is quite diverse so it is hard to say what meal is most typically Croatian. In the eastern continental regions (Slavonija and Baranja) spicy sausage such as kulen or kulenova seka is a must-try. Čobanac (“shepherd’s stew”) is a mixture of several different kinds of meat with a lot of red spicy paprika. In Hrvatsko Zagorje and Central Croatia pasta filled with cheese called štrukli is a famous delicacy (it is said that the best štrukli in Croatia is served in the Esplanade Hotel restaurant in Zagreb), as is purica s mlincima (baked turkey with a special kind of pastry). Sir i vrhnje (sour cream with cottage cheese) can be bought fresh on the Zagreb main market Dolac. Croats love a bit of oil and you will find plenty of it in piroška. In mountainous regions of Lika and Gorski Kotar meals made of mushrooms, wild berries and wild meat are very popular. One of typical dishes in Lika is police (oven-baked potatoes covered with bacon) and several kinds of cheese (smoked cheese and škripavac).

The coastal region is well known for truffle delicacies and soup maneštra od bobić (Istria), Dalmatian pršut and paški sir (Pag-island cheese). Dishes made of fresh fish and other products of the sea (calamari, octopus, crabs, scampi) shouldn’t be given a miss! Many places serve fish delivered from the local fisherman the night before - find out which ones! 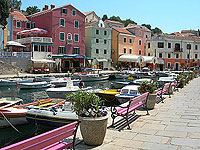 Croatia was the first country in Europe to start with the concept of commercial naturist resorts. According to some estimates about 15% of all tourists that visit the country are naturists or nudists (more than one million each year). There are more than 20 official naturist resorts as well as a very large number of the so-called free beaches which are unofficial naturist beaches, sometimes controlled and maintained by local tourist authorities. In fact, you are likely to find nudists on any beach outside of town centers. Naturist beaches in Croatia are marked as “FKK”. The most popular nudist destinations are Pula, Hvar and island Rab. 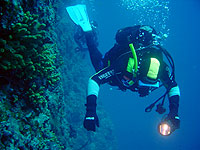 Croatia is one of the world’s most famous sailing destinations. Studded with over a thousand islands, Croatian coast offers plenty of wind and good protection in coves and bays. Sunken galleons, warships and archeological findings are unique underwater museums of the Adriatic Sea’s rich history. Warm waters with an extraordinary visibility make this area a diver’s heaven. The clear and warm sea, countless small coves and beaches make sea kayaking in the Adriatic by far the best in Europe. 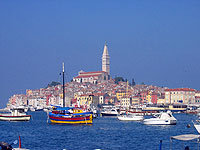 Thousands of kilometers of trails and dirt roads will take you through thick forests of mountains of Gorski Kotar, Velebit or Žumberak; interiors of Istria Peninsula and friendly trails of islands Cres, Krk and Lošinj; through exotic rocky plains of islands of Pag, Rab and Hvar. Just about any region of Croatia has trails suitable for mountain biking.

Countless footpaths and trekking trails beckon you to venture into beauty and discover the magic of nature – in the mountains, river valleys and canyons, through plains and dense forests, to rock- bound islands and lush green hills. Within this most diverse of landscapes hikers can reach even the most remote areas strewn between sea level and the highest peak of Dinara (1831m): in nature parks, nature reserves, national parks and other areas with particular attractions from the aspect of adventure. The choice of mountains is quite long: Papuk, Krndija, Medvednica, Žumberak in Northern Croatia; mountains of Gorski Kotar such as Risnjak, Snježnik, Bjelolasica, Samarske i Bijele Stijene; Učka i Ćićarija in Istria and Kvarner Regions; mid Adriatic with Velebit Mountain; and Mosor, Biokovo and Dinara Mountains in the south. Don’t forget beautiful island mountains: Vidova Gora on Brač Island, Osorčica on Island of Mali Lošinj, Kamenjak on Rab Island. 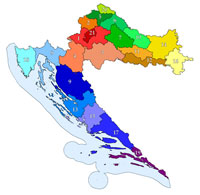 I’ve always wanted to go diving. That was my biggest wish. So I decided to go out of my country. I went to island Brač in Croatia. I took with me three of my friends. We rented a motorhome at Rudolf Moto. We went from Slovenia directly to island Brač on Bol. Water underground is beautiful. I couldn’t imagine that this is possible. We stayed there for 10 days and didn’t go anywhere else. We had everything there. Good restaurants, bars, nature and of course water.